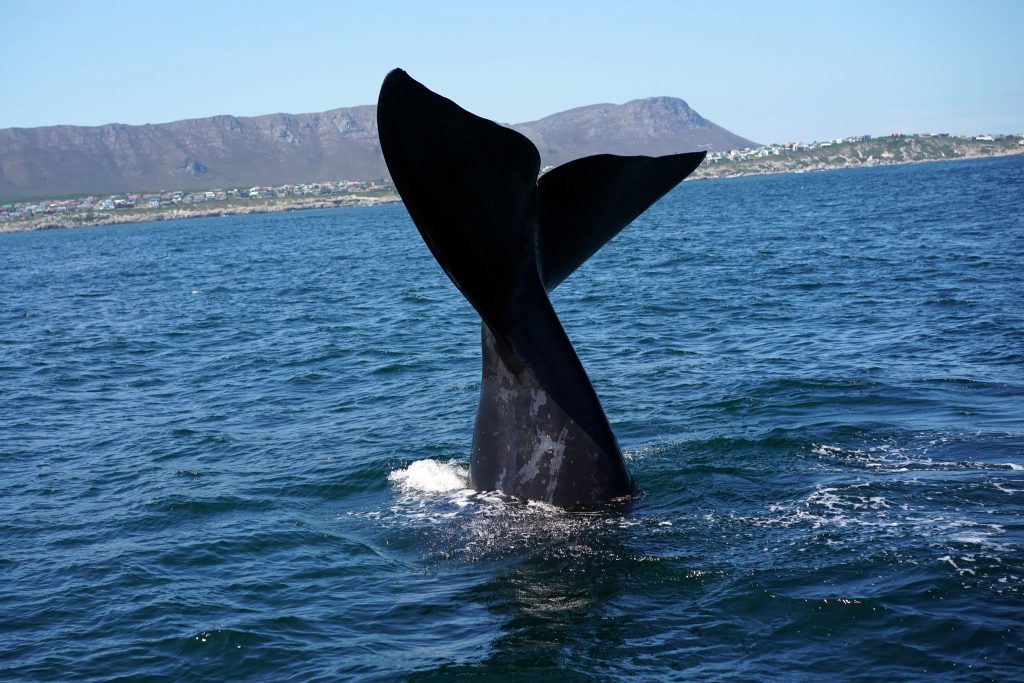 Whale-watching providers and vacation attractions South Africa by Bluegnu: One of the towns on the Whale Coast, Gansbaai, offers visitors fantastic sightings of the great white shark in addition to the Southern right whale. The town also boasts a fantastic hiking trail up on the cliffs, providing hikers with fantastic views of the whales as they come into the protected coves. Witsand is an area along the Whale Coast which is regarded as a whale nursery, and huge numbers of whales come to this area to calve each year. A walk a day keeps the doctor away – that’s what the saying should have been. A daily walk on Grotto Beach rejuvenates the mind and gets the heart pumping just enough for you to enjoy the cool sea breeze. If you’d like, you can even take a swim in the ocean, the water here is a bit colder than further down the Western Cape, as it is situated primarily along the Atlantic Ocean. Find additional information at Whale-watching in South Africa.

Time of day is not really important with whale watching, you have a good chance of seeing the animals all day around. In the peak season tours leave 3 times a day. Most tours meet in the Hermanus New Harbor, find it on Google Maps. The meeting time is usually 45 min. Before departure. It is nice in the harbor and a good place to go for a coffee or something to eat before your whale watching tour. Hermanus is said to offer the best land-based whale watching in the world, in the season the Southern Right whales can be seen from shore in the area, coming as close as 5m from the rocky shore. The town has a beautiful cliff path wrapping around the coast for 12 km from West Cliff outlook close to the Hermanus New Harbor all the way to Grotto Beach. The cliff path offers excellent vantage points to view the whales.

Are you short on time but want to see Africa’s Big 5? Pilanesberg National Park is home to prolific wildlife and a dazzling diversity of birds about 2.5 hours away from Johannesburg and Pretoria. Easily accessible from these major cities, it makes a great day trip or multi-day stay. It’s much smaller than massive Kruger National Park but as a consequence, it has a higher concentration of game. Pilanesberg lies in a transition zone, between the parched Kalahari Desert and the rain-soaked lowveld, which means you can see a rich variety of animals here. Besides most of the Big 5 (elephant, rhino, leopard, lion, and buffalo), you have the chance to spot African wild dogs, herds of zebra, the magnificent sable and roan antelope, giraffes, and more than 350 species of birds. Accommodation caters to different budgets. Choose from permanent safari tents, self-catering units, bed and breakfasts, or luxury guest lodges. Best of all, this park is malaria free, making it a great choice for family safaris.

The fertile valleys of the Cape Winelands are surrounded by majestic mountains, sleepy villages, brilliant monuments, fruitful orchards and some of the lushest scenery in South Africa. Visitors can follow the Wine Routes of the Cape to visit the vineyards of the country’s finest winemakers, whose sherries, ports, brandies and intriguing whites and reds are world famous for their delicate flavors and savory palatability. As one of Cape Town’s largest tourist attractions and most visited destinations, the Victoria and Alfred Waterfront invokes images of the earliest days of the harbor. Situated within an entertainment mecca filled with restaurants, specialty shops, pubs, and theaters, there is something here for everyone to enjoy. Beyond amusements, there are also some attractions including the infamous Clock Tower, Chavonnes Battery, the South African Maritime Museum and the coastal Seal Landing where Cape Fur Seals reside.

South Africa, officially known as the Republic of South Africa, is a great place to visit for a first-time safari. One of the country’s main attractions is the African scenery: golden savannah, great gaping gorges, and hauntingly beautiful deserts, as well as an awe-inspiring cast of African creatures – and, as a bonus – all the creature comforts. Apart from the big-name game parks of Kruger and the Kgalagadi (Kalahari) Transfrontier Park, South Africa is home to some of the world’s most luxurious private game reserves and lodges. Wildlife lovers come here from all corners of the globe in search of the “Big Five”: lion, buffalo, leopard, rhino, and elephant, and often they find it, and so much more. Find additional info at https://bluegnu.co.za/.